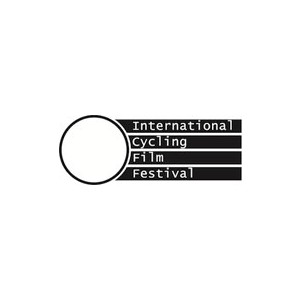 I AM INTERNATIONAL CYCLING FILM FESTIVAL

The International Cycling Film Festival was established in December 2005 in Bochum by the chairman of the cycling club Team Hollandse Frietjes – non-professional cycling, Gernot Mühge. The festival launched in September 2006 under the name “International Cycling Video Festival” (German: Internationales Festival des Radsport-Videos). Featured were 17 films from the USA, Scotland, Switzerland, Austria and Germany. The first three festivals took place at “Goldkante”, a club for the local art scene and social-cultural events in Bochum. During these years the festival was arranged as a three-days festival, containing two film evenings at the first two days and ending with a time trial for both cyclists and movie makers at the third day. The laudatory for the Goldene Kurbel in these years was Frank Hörner, director of the Theater Kohlenpott, which is a children and youth theatre in the Flottmann-Hallen, Herne. He facilitated the transfer of the ICFF from Bochum to nearby Herne. . .

Eligible entries have to pick out cycling, cycless or related topics as a main or, depending on the film, also as a side issue.

We recommend to keep a lenght of 15 minutes at maximum. (According to experience the likelihood of beeing part of the programme decreases for films that extend 15 minutes.)

The festival languages are German, Polish and English. Foreign-tongued films should use English, Polish or German subtitles. However, if there is no subtitle, we would be glad to receive a seperate text list in English or German.

Films can be submitted as a DVD (shipping address above) or made available for download (please submit the link via the entry form). The films should have at least VGA resolution (640 × 480). A lower resolution may result in exclusion from the competition.

The envelop of film contributions from a non-EU member states should be labeled with “No commercial value – for cultural purposes only”.

The International Cycling Film Festival preserves the right to use submitted and selected works at other events and special issues of the ICFF in Poland, Germany and abroad..