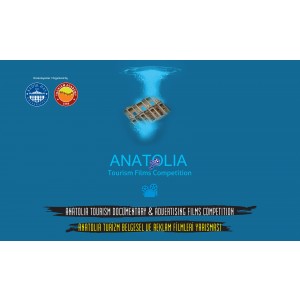 I AM ANATOLIA TOURISM FILMS COMPETITION

The competition consists of two general categories:
Documentaries and Advertising films/scenarios: The documentaries with nonfictional scenarios that hold a different viewpoint about tourism, and the creative advertising films/scenarios fictionalized for promotional purposes will be evaluated in this two-stage competition. The films determined through a preliminary consideration will be evaluated by a jury, and the top three films in both categories will be rewarded. Documentary category will include road films, tourism destinations, cultural heritage and archaeology documentaries, nature and environment documentaries, sports-themed films, and travel programs. Advertising films/scenarios should be related to territorial/regional companies or tourism products. The competing works should include one of the following themes: