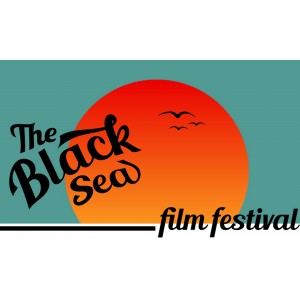 About The Black Sea Film Festival

I AM The Black Sea Film Festival

What could ever be more relaxing and delightful than spending a night on the beach… barefoot, wet hair,sun-kissed skin, summer wind, friends and lovers, drinks and a sky full of stars? We know. All these in the company of a series of great films! We offer you the wonderful experience of mixing the best of summer with cinema, aiming to make you FEEL. Literally.

The Black Sea Film Festival is an annual event which awards new inspiring, motivating talent. Designed to acknowledge the creative contributions of both young and elder artists, beginners or with a long way paved behind, the festival benefits the community socially, educationally and economically – wise.

The Festival will showcase innovative independent cinema from around the world, taking place along the Romanian Black Sea coast. The third edition will be held in Vama Veche, a charismatic place known for its young, vibrating and artistic spirit.

On our third edition we are accepting a variety of short films: narrative, animation, experimental, student, documentary, music video, human rights, fashion film, web series, trailer and also feature films: narrative, documentary. The film production can be made within the last ten years.

Wonderful seaside movie nights are expecting you to enjoy the summer breeze and watch films under millions of stars!

Each film we designate as an "Official Selection" will receive a high-resolution .png image of our festival laurels to be used for marketing and promotional materials as the filmmaker sees fit. All winners will receive high-resolution images of Certificates of Awards. Winner for BEST FILM will receive The Black Sea Trophy.

Entries must be submitted digitally. Send us a link to the film, on an online platform, such as Youtube or Vimeo.

More than one entry may be submitted. Each must be submitted with its own entry form and fee.

Only online submission will be accepted through film festival platforms.

Filmmaker will assume shipping costs to the festival (if necessary).
Thumbdrives and DVDs will not be returned.

The selection committees’ and juries’ decisions are final.

The Black Sea Film Festival reserves the right to make any necessary changes in regulations or Festival scheduling.

The Festival has the right to reject films, if the content, or technical quality, does not correspond to the Festival conditions.

All non-English language films must be subtitled in English. Filmmaker agrees that film entered into the festival may be selected for screening at the Festival and may also be screened in other media in association with the promotion of the film festival via live screenings or television.

Screenings are selected and scheduled during the festival at the discretion of The Black Sea Film Festival. The festival reserves the right to choose which selected films will be screened.

Filmmakers will be solely responsible for all costs resulting from the submission of the film to the Festival, including, but not limited to postage, or insurance of the film, and expenses of your staff or any representatives of the film.

The sender of the submitted film is responsible for all copyrights. He is Legally authorized to enter his film in the Festival and, if selected for the festival, authorized to give screening permission.

Filmmaker agrees that film entered into the festival may be selected for screening at the Festival and may also be screened in other media in association with the promotion of the film festival via live screenings or television.

Producer will indemnify the organizers of the Festival against all claims, demands, costs, damages, expenses (including legal fees), proceedings and losses resulting from the screening of the film at the Festival, or from claims by any third parties.

The applicant has secured all necessary rights for both picture and sound, and the exhibition will not violate or infringe upon any rights, including, but not limited to, music, images, and content.

If selected for the Festival the applicant acknowledges and agrees that an exhibition quality digital screening file must be made available for screening, by the Date Of Event.

The film, including copyrights, remains the property of the author.

The applicant has to read and accept the regulations and guidelines for participation.

No Editions Found For The Black Sea Film Festival