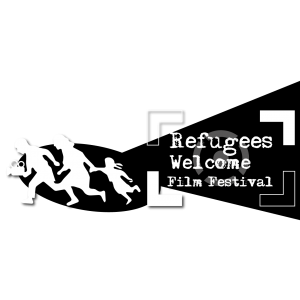 I AM Refugees Film Fest

Flüchtlinge Willkommen Film Festival (FWFF) or Refugees Welcome Film Festival (in English) borns due the necessity to put into highlight the enormous drama of the crisis of the refugees in the XXI century. Through a selection of dramas and documentaries from across the globe, the FWFF aims to raise awareness on refugees, internally displaced persons and stateless people. Ranging from blockbusters to independent films, the program aspires to shed light on their situation and contexts, their fears, losses, hopes, successes, and their despair, courage and resilience.

Let us face the harsh realities through documentaries and fiction films that depict circumstances in a desperate bid for freedom or only for survive.

The lineup also includes stories of resilience and hope, refugees for war, Sexual and Gender-Based Violence (SGBV). Also the film festival includes productions made by refugees about their new lives in the cities or places of temporary settlement.

The Film Festival will also be featuring special guests from the films, including the filmmakers, actors and protagonists. Diverse specialists from the civil society, academia, and relevant prominent figures will also be sharing their experiences with us.

This first year, thanks to our partners and supporters, the 1st Flüchtlinge Willkommen Film Festival will expands - in addition with the permanent base in Berlin, Germany – to Aleppo, Syria, in the hopes that even more people can join the festival.

We hope that the main location in Berlin Germany, will help to break the stereotypes that some Germans – and other Europeans as well - has about refugees, in the country that more refugees has received in the last years in the Western Hemisphere.

- Be advised that some films may contain scenes which some viewers may find disturbing.

- The views and opinions expressed in these films do not necessarily represent those of the sponsors, partners, supporters or other involved in organizing the Refugees Welcome FIlm Festival.

- Images, texts, copyrights and trademarks for all films mentioned herein are held by their respective owners and are solely for promotional, non-commercial and educational purposes.. .

The FWFF Award for Best Feature Film (fiction or documentary)

The FWFF Award for Best short (fiction or documentary)

The Audience Award (fiction or documentary)

REGULATIONS
The Refugees Welcome Film Festival is open to all film genres (drama, documentary, animated, short, etc.) on the issues of refugees, IDPs, stateless persons, the context surrounding those population, and/or films made by former/current refugees, IDPs and stateless persons.
The exact dates and venues of the Festival will be announced after March 2018.
No entry fees are due for submitting films. The deadline is 31 January 2018.
Please send a preview screener (the format must be a DVD or a link in Vimeo) together with the submission form to the address stated below.
(The submitted screener DVD will not be returned.)

Multicultural Team base in Berlin, Germany..