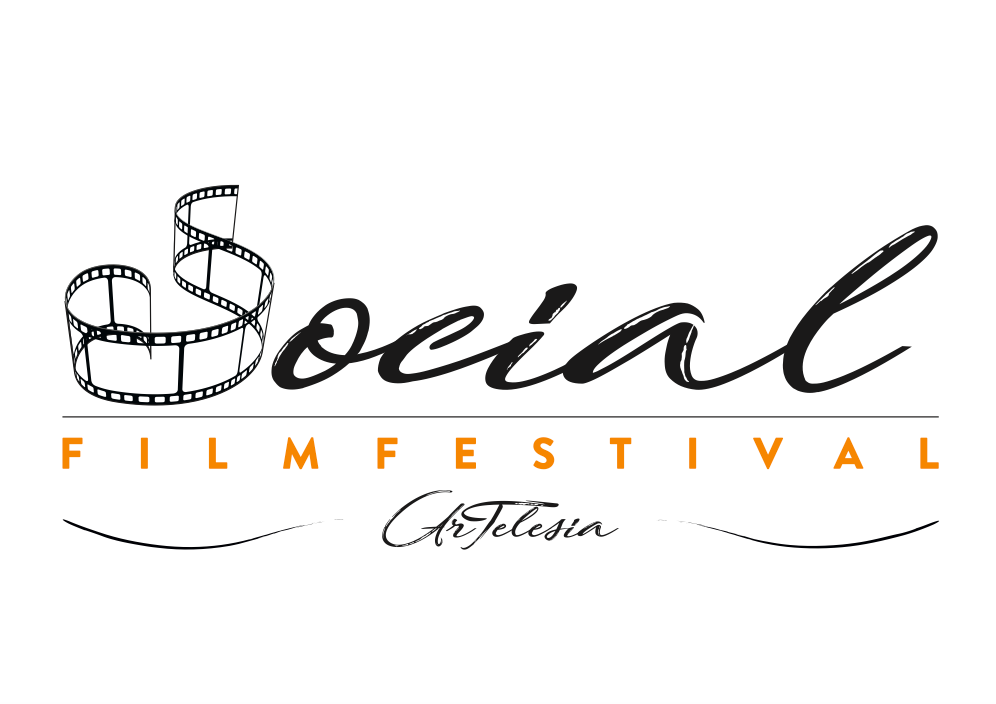 I AM SOCIAL FILM FESTIVAL ARTELESIA

The Social Film Festival ArTelesia is organized by the non-profit Cultural Association “Libero Teatro”. The event is supported by the MIBACT Directorate General for Cinema and Audiovisual, the Campania Region, Cesvolab, the collaboration of the Campania Region Film Commission, and the patronage of the National Association of Cinema Operators, the Presidency of the Council of Ministers, the Ministry of Labor, the Ministry of Education, University and Research, UNAR - National Office against Racial Discrimination, the Province of Benevento, the Municipality of Benevento, the Chamber of Commerce of Benevento, Arcigay Napoli, the University Center Synapses of the Federico II University of Naples, the University of Sannio, the Suor Orsola Benincasa University of Naples, the University of Salerno, the UCAM San Antonio de Murcia University (Spain), the CADMUS. Students from the aforementioned universities will participate in the organization of the fourteenth edition as Interns.
PURPOSE OF THE COMPETITION
The Social Film Festival ArTelesia intends to promote cinema both in Italy and abroad, paying particular attention to previews that deal with issues of social and civil commitment. The Festival represents a showcase for the promotion of films of cultural interest, belonging to the independent and non-independent cinema circuit. An ideal place for lively confrontations between producers, authors and distributors, but also between the production universe and the target audience, the Festival promotes the dissemination of films of high artistic value, capable of contributing to cultural growth and the formation of a mature awareness criticism in young people.

THEMES
- I BELONG TO ME: respect for one's own individuality, knowing how to be beyond all appearances, cultivating one’s freedom against all dependencies
- INTEGRATION: respect for ethnic and cultural identity against all forms of discrimination
- BUT IT'S NOT A SERIOUS THING: comic and humorous genre film
- FREE THEME
SECTIONS
- Filmmaker: emerging and professional directors, production and distribution companies
- DiVabili: works created by directors with disabilities or involving disabled actors that do not necessarily have to focus on the topic of disability
- National and international previews. .

ENROLLMENT METHOD
Registration for the competition is free. Films can be sent by uploading them to an internet platform and sending the link to the following e-mail address: sffaed14@gmail.com with the following wording in the subject of the e-mail: “Section - Title of the work”. In the aforementioned e-mail, you must attach the registration form completed in its entirety and duly signed by the contact person, the author of the work or the director; the trailer, the official poster; two imageswith dimensions 1280X720 and 1280X1080. The distribution of the works must not be prior to the year 2021. The films must not be visible with free access on youtube or on other equally popular platforms.

Foreign language works must compulsorily be subtitled into Italian. Each author can also participate with more than one work. The deadline for submission is March 31, 2022.

GENERAL RULES
Each author declares to be the owner of all the rights of the work; ensures that the contents of the same are in its availability and do not violate the laws or regulations in force or the rights of third parties and in particular the copyright. He also assures and declares that the work does not contain any defamatory content. In any case, the author releases the organization from all responsibilities, costs, charges and expenses of any kind that may be incurred due to the content of the work and its public screening. Any type of participation of the film in festivals prior to the 2021 edition of the ArTelesia Social Film Festival, as well as the possibility of viewing it online and on platforms intended for the public, will prevent its selection.
Participants in the competition, by registering, authorize the Organizing Association of the Competition to process personal data and to use their name and address for all uses related to the event in accordance with current legislation. Registration for the competition implies acceptance of the Regulations, the authorization for public viewing for which the author will not receive fees or rights of any kind and for any reason. The finalists and the winners must personally collect the awards. Free hospitality is provided for those residing over 100 km from Benevento. Sending the participation form, completed and signed, implies acceptance of these Regulations.
The organizing committee reserves the right to make changes to this announcement for technical- organizational needs..