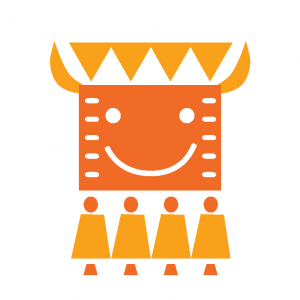 THE INTERNATIONAL ANIMATION FILM FESTIVAL (IAFF) GOLDEN KUKER - SOFIA, started its activity in October 2010 in Sofia and is the first festival of the art of animated films in Bulgaria since the new century. It is held every spring in May and is one of the most attractive cultural events in Bulgaria! The festival is a bridge between professionals from all over the world and succeeds in showing the best of Bulgarian and world animation, aiming to stimulate the creative expressions of animators from all over the world.

IAFF GOLDEN KUKER - SOFIA plays a key role in the animation industry because it is organized by animators who produce animated films themselves which are interesting for people of different generations. IAFF Golden Kuker - Sofia shows a high level of professional performance and a huge international participation with plenty of works of talented people from all over the world. During the festival and throughout the year, animators and audiences have the opportunity to attend professional master classes led by world-renowned directors and animators, exhibitions, seminars, round tables, presentations and impressive events related to the art of animation.

Each year the festival focuses on the preservation of the environment, a traveling festival is held in the country as well. It is organized by the animation studio ANIMART Ltd. www.animart-bg.com and the Bulgarian Association of Independent Animation Artists (BAIAA) “Proiko Proikov “(Legendary Bulgarian animator) www.baicaa.org/en/gallery/ - a nonprofit organization. The Association was created and chaired by Ms. Nadezhda Slavova (animator, director and screenwriter of many animated films), she also created the festival as she its director. Festival guests from all over the world have the opportunity to participate in tourist trip destinations in order to see the sights of our beautiful and unique country Bulgaria. The grand prize is “GOLDEN KUKER”, the Special Prize is in the name of “Proko Proikov” and there are also other awards in different categories.

IAFF GOLDEN KUKER - SOFIA is supported by the National Film Center, the Sofia Municipal Council, Sofia Municipality, the National Culture Fund, the Bulgarian National Television, the Bulgarian National Radio, the American Embassy, the Czech Cultural Center, the Hungarian Cultural Center, the Polish Institute - Sofia, the French cultural institute and by business companies in Bulgaria, who became its partners.bravely rolled up her sleeves and together with her colleagues from BAICAA organised The International Animation Film Festival Golden Kuker-Sofia. She then became an Art Director of the festival and carried out its 1st edition.. .

RULES AND REGULATIONS FOR PARTICIPATION
1) Organisations
The International Animation Film Festival „Golden Kuker – Sofia” is organised by Animation studio and advertising agency ANIMART and BAICAA – Bulgarian Association of Independent Cartoon Animation Artists “Proyko Proykov”. The festival's Organising committee is in charge of the specifications related to the organisation and execution of IAFF Golden Kuker – Sofia.

The official languages of the festival are Bulgarian and English. All films submitted must have English subtitles. Animation films made for kids are dubbed into Bulgarian and they also require English subtitles. All films must be accompanied by a script and/or dialogue list in English (on a CD-Rom or sent by e-mail along with the digital Entry form).

Any frame by frame animated video or film made for the cinema, television and/or the Internet may be entered. Any frame by frame or computer-assisted animated film made for public broadcast, television or Internet may be entered. The International Animated Film Association (ASIFA) definition shall apply: The art of animation is the creation of moving images through the manipulation of all varieties of techniques apart from live action methods.

Only works completed after January 1st, 2016 and never previously entered at IAFF Golden Kuker – Sofia will be accepted. Works must be registered in one of the following categories in order to compete:
• SUPER SHORT (ABOUT 1 MIN)
• SHORT FILM (UP TO 10 MIN)
• SHORT FILM (10 TO 45 MIN)
• FEATURE FILM (OVER 45 MIN)
• STUDENT FILM
• SHORT FILM MADE FOR KIDS
• EPISODE FROM TV SERIES
• ANIMATED ECO FILM
• MUSIC VIDEO
• ANIMATED ADVERTISEMENT FILM

Films submitted for selection will be used for both pre-selection screenings and screenings in the festival (if selected). Therefore, all works submitted must be in the proper format (HD is the best) and they MUST NOT contain watermarks or anything else imprinted.
Once selected for official screening, the film will be screened in the suitable format for the selected theaters. Subtitles or voice in Bulgarian will be added by the technical team of the festival. (In some cases the films will be converted into DCP or Blu-Ray).

Animation films which take part in the festival will be screened in indoor and outdoor theatres to give wider distribution.

AUDIO:
The audio shall always be either uncompressed, AC3, MP3 or AAC.

The movie has to be one single (multiplexed) file including video and audio tracks.
The film file has to be in deinterlaced or progressive footage. If not your encodings will have some degradation.

HOW TO PREPARE A DVD-Video (SD) FOR UPLOADING (ONLINE SUBMISSION)
A DVD holds a number of files (.VOB, .IFO and so on) inside the VIDEO_TS folder on every DVD. You need to convert this bunch of files into a single file containing Audio and Video as well as subtitles.

There is no entry fee required. All films must be sent no later than January 31, 2018.

- Submission by mail:
Video DVD sent by mail. Each DVD must be securely packaged, contain only one film and be clearly labelled with its original title and its translation in English.
The entry form must be filled out correctly, printed out and signed.
The correctly completed film entry form must include a CD-Rom, containing a synopsis of the film of maximum 300 characters, a biography of the film director of 400 characters, HQ photos of the director(s) and 3 HQ different photos of the film (minimum 6 cm x 8 cm, 300 DPI).
If the film has dialogues, PLEASE send a text file of the film's dialogue/commentary in English (for subtitling reasons). The best files will be with timing information (.srt, .sub, .ssa, .ass, ...).
The film copies should be sent to:

Only correctly completed and signed entry forms will be accepted.

If a film is selected for competition, the producer must provide an adequate supply of promotional and graphic material. This material participates in several festival exibitions with photos from typecastings, animation heroes, storyboard, sketches, backgrounds, cels, puppets and other elements of authors' screened and other films and projects.

All received materials will remain a property of the archive of the Festival Committee, irrespective whether the film was selected for participation in the competition or not. In the event that the film is included in the competition program, they will be used in the festival publications.

Transport costs and insurance charges of prints, as well as any other related charges – notably customs forwarding agents' fees for import and export – must be fully paid both ways by producers, directors or authorised organisations. Film copies remain property of the festival.

- Online submission:
Upload the film onto a server and provide a link for the download (eventually the password as well)!
The correctly completed film entry form must include a synopsis of the film of 300 characters maximum, a biography of the film director(s) of 400 characters, HQ photos of the director(s) and 3 HQ different photos of the film (minimum 6 cm x 8 cm, 300 DPI).
If the film has dialogues, PLEASE send a text file of the film's dialogue/commentary in English (for subtitling reasons). The best files will be with timing information (.srt, .sub, .ssa, .ass, ...) and should be sent in separate e-mail to