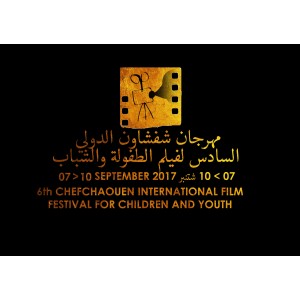 About Chefchaouen International Film Festival For Children and Youth (FCFEJ)

I AM Chefchaouen International Film Festival For Children and Youth (FCFEJ)

Registration is now open in the 6th edition of the film festival which will be held from 07 until 10 September 2017 and is directed to all filmmakers in the Arab world and abroad. This edition will be among the largest of its kind as it contains one of the most important International Cinema short film festivals in parallel with the Clermont Ferrand Festival.

The festival management has invited the elite of the Moroccan and Arab cinema stars as well as foreign filmmakers from Europe and the United States and other countries. There will also be many workshops, seminars, master class courses and press conferences with journalists, as well as a full day of animation movies.

The 2017 Edition will also include the following competitions:

Official competition:
The festival contains a major official competition. It is dedicated for all of the short & long films (fiction / Animations). Three major cash prizes to be won and granted by an international panel.

10 films competition for children:
This competition is dedicated to movies about children. A panel of five children from different countries to award the Prize to the winner. The winning film is going to be presented in one of the most important Spanish festivals in the presence of the director and this prize is awarded by the Spanish Film Academy.

The film panel:
The film panel consists of prominent international names, offering cash prizes for the winning works in the different categories of narrative films and animation films.


Workshops :
The festival offers a variety of academic, theatrical and practical workshops. Participants will be awarded certificates signed by the Faculty of Fine Arts of the Spanish city of Granada.

Among the workshops programmed so far:
a workshop in film directing - Workshop in cinematography in Akchour Falls ( 30 Km far from Chefchaouen ) and a Workshop on the anime films for children.

This year's Slogan :
The festival will hold its 6th edition under the slogan "WATCH THE MUSIC, HEAR THE PICTURE". Therefore, every program in the film festival will include film music, meanwhile " BEHRINGER " a specialised film music band/group will perform during the festival.

Festival initiative :
One of the themes will be road safety and the prevention of accidents - special international films for young people will be shown to raise awareness of this serious scourge.

Submitting your film :
In order to participate in the official competition or the (10 movies for children) competition, film directors should send their films (fiction or Animation) that shall (SHORT MOVIE not exceed the duration of 25 minutes) and deal with the issues of children or youth (please specify the name of the competition).
High quality of image and sound is required.
All competition entries must be upload on a attachment file that contains pictures and a technical description of the film, as well as information about the director and his/her picture.

The film can also be sent with additional materials required through a link on our email addresses;
fcfejfestival@gmail.com / mountainsmedia@gmail.com

The deadline for submitting films expires on : 03 july 2017


If you have an access enquiry or requirement, or would like more information please email us on the following links below :
mountainsmedia@gmail.com or fcfejfestival@gmail.com