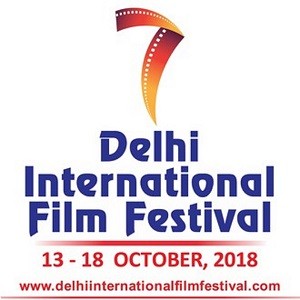 An International Film Festival, conceptualized to commemorate a hundred years of association of Delhi with Indian films and the New Delhi Municipal Council (NDMC), with the support from the Information and Broadcasting Ministry of India in 2012, has now grown into a global platform joining hands to collaborate with a multitude of film festivals in many countries or offering support to a host of upcoming festivals across the world. DIFF aims at understanding the science, art and emotion behind cinema, reaching it out to the audiences far and wide and promoting Indian Cinema, Art and Culture. The Festival offers premier showcase opportunity for talented film makers and artists, celebrates avante garde cinema, felicitates masters and achievers from all walks of life and brings countries closer by building bridges to enable cross cultural exchanges, social understanding and creative ideation.

7th DIFF 2018 promises to be bigger and better, with the third and final year of focus on Arab Cinema and Cinema from the North Eastern States of India.

More about the 6th DIFF, 2017:
In 2017, DIFF has scaled newer heights by associating with the Information & Broadcasting Ministry and the Indian Embassy in Morocco, to organize a highly successful Indian Program at the Festival Internationale De Cinema Et Memoire Commune, Nador, Morocco. In the same way, Indian Programs were organized at the FOGSV Festival in Sanfrancisco, USA and Cairo International Short and Documentary Film Festival at Egypt.

To offer guidance and support, DIFF has tied up with upcoming Film Festivals in Palestine and SriLanka and locally at Jharkhand, Uttar Pradesh and Southern India.

NDMC and Information & Broadcasting Ministry offered invaluable support and association for this edition of DIFF as in the earlier editions. Jharkhand became the State and Tourism Partner and Srilanka, Morocco and Palestine were the Country Partners this year.

Delhi International Film Festival and DIFF Art Show, usually week long events, held in New Delhi during December, attract considerable number of participants from all over the world. 6th DIFF 2017, was hugely successful with 174 films from 54 countries being screened and about 150 works of art displayed at the Art Show and more than 50 works of poetry submitted by poets from India and Abroad were published . Film Personalities, Artists, Diplomats, Political dignitaries and audiences close to 5000, witnessed the spectacular outdoor Opening Ceremony, Closing & Awards Event and savored the vast variety of films screened during the festival.

Artist Of The Year Award at DIFF ART SHOW.

Rules & Terms
RULES AND REGULATIONS:
-Please download the full form as it contains all the “Rules and Regulations” and other details, read them carefully before registering.
-Film Producers, Distributors their duly authorised representatives or duly authorised Government organization / agency of the participating countries may enter their films for the Competition/World Premier in the enclosed Entry Form.

SUBMISSION GUIDELINES
1. For programming consideration, the Festival accepts full HD-DVDs only and without watermark. The Festival will not consider trailers or promos for selection purposes.
2. If the film has no online presence, then two DVDs must be properly labelled with the Film Title, Director’s name and contacts, Year of production, Duration, format and subtitled in English and without any watermarks, mailed to the festival office with the form duly filled up.
3. For submissions coming from outside India, the packages must be marked, “For Festival & Cultural Purpose only, No Commercial value”.
4. Please test computer-burned DVDs on several makes and models of players before sending. The submission materials will not be returned to the senders these include DVD for screening and other display material.

ELIGIBILITY REQUIREMENTS:
To be eligible for consideration, all films must meet the following requirements:
1. Be in their original language with English subtitles, films without subtitles and synopsis will not be accepted.
2. All Decisions made in Selections, screenings, awards and on the Festival in entirety by the festival Appointed “Selection Committee” will be final.
3. In case of any disputes, the decision of the Festival President will be final.
4. Once selected for screening, the film shall not be withdrawn.
5. The last date of submissions of entries with all relevant documentation is 30th June, 2018.
6. Film makers of officially selected films shall be informed by 31st July, 2018.

FREIGHT AND OTHER CHARGES:

-Festival will not pay air-freight or any other charges. It may also please be noted that the Festival cannot reimburse any freight or other charges in foreign currency.

The Festival will not bear freight or any other charges for unsolicited films, Videos, DVD sent to it, if these are not selected for screening in the Festival. The Festival shall not be responsible for any material that is diverted to some other city in India.

-Films will normally be screened in their original language/version. Films in language other than English must have subtitles in English.

-Films that arrive without subtitles, or with subtitles other than in English, where such subtitles are required, shall not be screened in the Festival.

Screening
-Entries under the all categories shall be of films certified by Information and Broadcasting Ministry or Central Board of Film Certification, India.

ENTRY FEE FOR SUBMISSIONS OF FILMS:

FOR FILMMAKER
I ACCEPT RESPONSIBILITY for the accuracy of the information supplied in all sections and I authorize the Festival to reproduce company contact information in its publications exactly as supplied.

-The festival reserves the right to excerpt programmed works up to 3 minutes for television and other Promotional purposes unless specified otherwise.

-Incomplete forms and submissions will be rejected.

-The film makers and their representatives undertake to use the official logo and the status of their Selection or Award strictly in conformation with DIFF 2018 designs and they further undertake to use such festival logo in all their promotions, posters and marketing publications with the consent of the festival.

- That the DIFF reserves right for telecast of the film perpetual anywhere.

Here with I confirm that I have read and understood the regulations above and that I do consent to them.

NAME AND SIGNATURE OF THE FILMMAKER